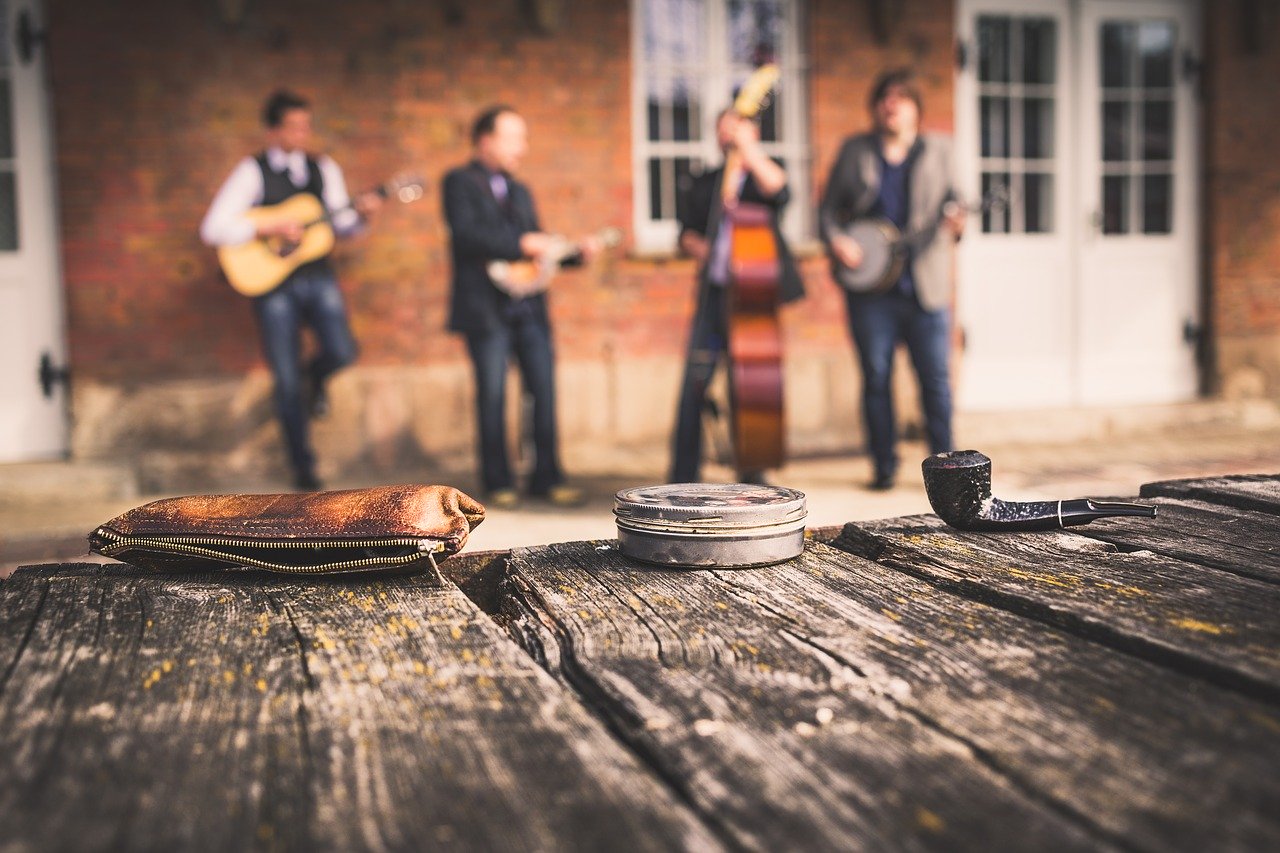 Bluegrass has a long and exciting history that it has become one of the musical heritages in America. Where did it come from? How did it become an iconic symbol in American music?

In this article, we are revealing a brief history of bluegrass and something you need to know about this genre. Let’s find out the answer.

Bluegrass music – What is it?

Have you ever listened to this music type? How do you feel?

Oh, you haven’t tried this music genre ever?

We think you have once listened to a Bluegrass song, but you were not sure if that song was Bluegrass genre. Well, let us make you clear something here.

Bluegrass music is a genre of American country music, which was mixed and developed by Irish, Scottish, English traditional music and some jazz factors of African-American music.

This music genre mostly features acoustic string musical instruments such as guitar or 5-string banjo, while it has other tools when adding jazz elements. Notes are used before the beats, which is much strange and different from laid back blues. However, this way offers higher characteristics of bluegrass music.

As we mentioned, there are a few jazz features in bluegrass, and this results in the way they play the music. Unlike the old-time music, in which instruments play at the same time, bluegrass allows playing the melody with one or more musical instruments. After that, other tools can perform accompaniment.

Finally, there are three main sub-genres of bluegrass: traditional, progressive, and neo-traditional.

As its name, traditional bluegrass only plays and uses traditional materials. The musicians play folk and country songs, while the melody and tunes consist of traditional chord progressions. Especially, the band only uses acoustic instruments to play.

Progressive bluegrass is more flexible and not as “old school” as a traditional type. This subgenre includes other instruments such as electric guitar or electric tools to play in the band. It can also import songs from pop music, dance, and particularly rock n” roll music.

Neo-traditional bluegrass is something new in this world as it has different features from other types. For example, there is only one lead singer in a band, but the neo-traditional type allows two or more than one who is a lead singer.

So, here you know the essential information of bluegrass, and the following is its history.

Let’s get back to a long time before when bluegrass was known as American roots music, and this was also the earliest form of the bluegrass genre.

Many musical instruments are used in a bluegrass band

Then, in the period of 1600s, Irish, Scottish, and English citizens moved to American to settle down. They brought their culture, art, and music into this country to make it more diverse and various. In the beginning, they only listen to ballad or dance genre. After that, they started to invent their own music to tell about life experience.

What was it called? Some called it “country”, but some preferred the name “mountain”. However, they were all correct. Thanks to the phonograph’s presence, this music was showcased nationwide in the USA and became well-known soon after that.

How did the name “Bluegrass” come into the community?

It was actually the name of a real-life music band by Bill Monroe – “Bill Monroe and the Blue Grass Boys.” This popular man founded his group in 1939 after a long time playing alongside his brothers.

While Bill Monroe is the name of the leader, the rest imply the close friends of Bill in his hometown, which was also known as “Blue Grass state.” They gathered to play their music with banjo and fiddle. They also used guitar and bass, which made them unique and special. They explored and brought a new form of traditional country music.

After a successful stage of Monroe’s band from 1939 to 1945, bluegrass was officially released to the public. Accordingly, Bill Monroe was believed to invent the bluegrass music. Nevertheless, we cannot dismiss the devotion of Scruggs, who joined and influenced strongly in the band with his exciting style and complement.

How did bluegrass music develop then?

Scruggs left Bill’s group and created a new band with Lester Flatt. This band actually lifted bluegrass music to a new level in the period of 1958 to 1969 when they performed songs through media all over the USA.

A festival of this music genre was officially held in 1960, and from then, it became popular all across the world.

That’s how bluegrass music came to the world and became famous widely in the USA. However, above is just a brief history of bluegrass, which gives you a basic idea of how it came and developed for a long time in the past.

If you want to know more information about this genre, share your idea now on the comment box below.